The Presidential Palace of India 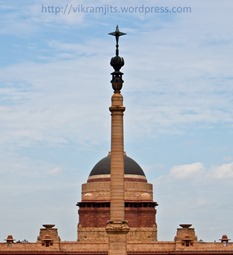 The “Rashtrapati Bhawan” has several secrets hidden under its facade, with some amazing facts tending to surface to surprise you. Right from its regal metal gates to the opulent residence cum office of the President of India, it has quite a few magical stories buried in it. For example, in the middle of the road connecting the Gates and the Building, we have the huge Jaipur Column. Did you know that barely any steel was used to build this Viceregal Palace but the Jaipur Column, funded by the then Maharaja of Jaipur Sawai Madho Singh, has a Steel Beam running through its entire height of 145 feet (44.2 meters), topped by a bronze lotus from which rises the six-pointed glass star, all of it weighing a little more than five tonnes! On the double base of column, the original plan of Delhi as designed by 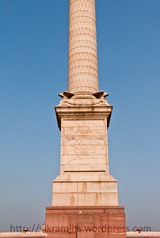 Lutyen, is etched. Lutyen had placed Lord Hardinge’s statue at the foot of the column, but post-Independence this was shifted to the coronation grounds, where King George V laid the foundation stone of the new capital during his coronation in 1911. King George’s majestic statue was placed in a canopy near India Gate, which too was removed along with all other statues from Lutyen’s Delhi, all of them finding a resting place in the Coronation Grounds. The Jaipur Column also has the British Seal, a special image of King George and commemorative text etched on it. 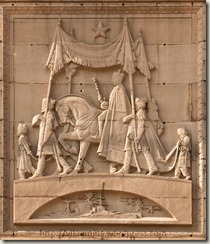 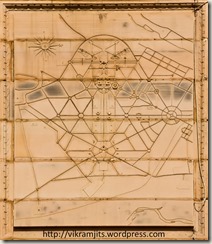 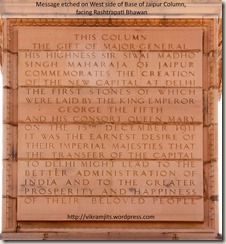 Edwin Landseer Lutyen, chief architect of New Delhi, got this job thanks to his royal connections. He was married to the daughter of Lord Lytton, former viceroy of India. He planned the city for some 60,000 people, a city that today houses some 170,000,000 plus. Lutyen got his good friend Herbert Baker to be his co-architect, and both of them were excited about this partnership, until it ended because of this very project. Baker wanted to raise the two secretariat buildings connected with Rashtrapati Bhawan and level the space between them. Lutyen was against this because then the view of Viceroy House (Rashtrapati Bhawan) will be blocked. The heavy debate was won by Baker, and as a result, when we reach the foothill of Raisina, the Rashtrapati Bhawan is hidden behind the slope and appears only when you reach on top. This disagreement over the slope, which ended a long and trusted relationship was described by Baker as “the unhappiest in all my life’s work”. 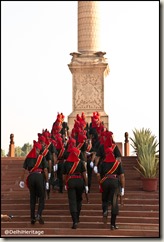 Lutyen also gave very deep thought to which trees ought to be planted where. King’s Way (Rajpath) was decorated with Jamun Trees, Queen’s Way (Janpath) had Arjun Trees lining it, Imli was for Akbar Road and Neem Trees were planted on Lodhi Road. A total of 10,000 trees were planted in the new city, making it the then greenest capital on earth. Luckily Delhi is still considered to be one of the greener capitals even today. It is very interesting to know that Lutyen was not a fan of Indian Architecture. But the then viceroy Lord Hardinge insisted on his introducing Indian styles, and that is when Lutyen traveled across India and fell in love with the Mughal style. Even the same red & buff sandstone material that the Mughals used in their buildings was chosen for this palace. Most of us think that Rashtrapati Bhawan’s dome was inspired by the Sanchi Stupa, but this is only a half-truth. Actually, Lutyen was very much inspired by St. Paul’s Cathedral in London, so he tried to blend both to create a dome with characteristics of both. 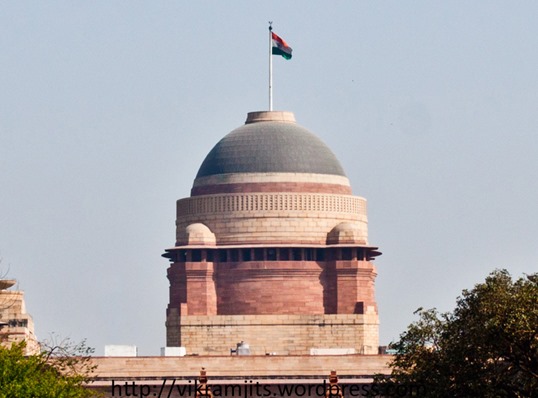 “To the south of city, 27 Kilns came up to make the 700 million bricks or so that was needed for the project …. About 700 men were employed, to produce some 200,000 pounds worth of work in teak, shisham …. and other Indian woods. There were 84 miles of electric distribution cables and 130 miles of street lighting, 50 miles of road…….” Describes Edwin Lutyen. All pillars have bells carved, similar to temples in India along with the elephant motifs on the pillar-crowns. The huge main gate was wrought out of iron and has its motifs and designs taken from the Red Fort of Delhi. 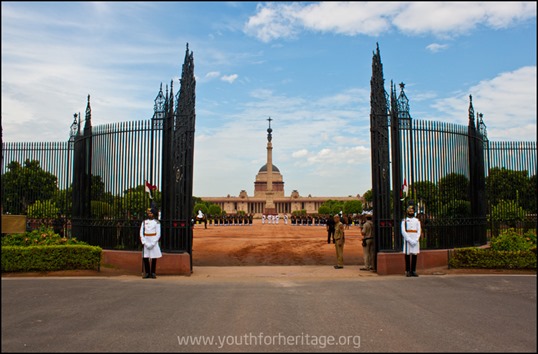 The Pillars of the main complex are borrowed from Roman architecture, topped with brackets inspired by Indian Temples. The palace has 340 rooms, 227 columns and 37 fountains. The estate around it also has a cricket ground, eight tennis courts and a golf course. On 13th February 1931, the new capital was inaugurated, and the hard work of chief engineers Hugh Keeling, S. Teja Singh Malik and contractors Haroun-al Rashid, Sujan Singh and his son S. Sobha Singh (father of legendary writer Khushwant Singh) became an enduring reality. After few days, Mahatama Gandhi was invited to the palace. But the Indian politicians were in no mood to celebrate as they were mourning the death of Motilal Nehru (father of Jawaharlal Nehru). In 1947, as India got independence, the Viceroy’s house was turned into the Rashtrapati Bhawan and the Council house into the Indian Parliament. And India Gate? This was not called India Gate then, but was “The Great India War Memorial”.

Also read: Ceremonial Changing of Guards – Rashtrapati Bhawan. This ceremony is practiced in almost all countries. In India, it is open to public on Saturdays. 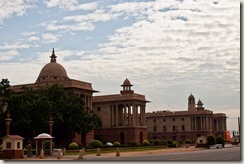 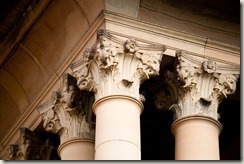 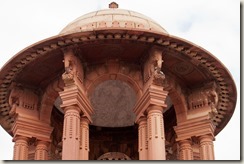 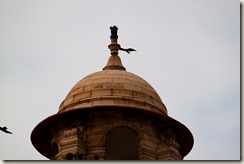 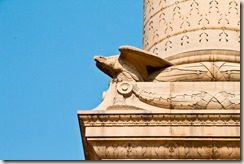 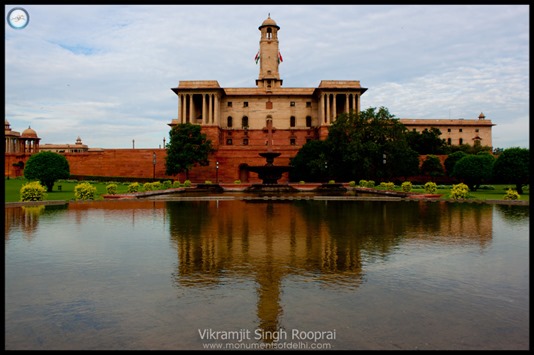