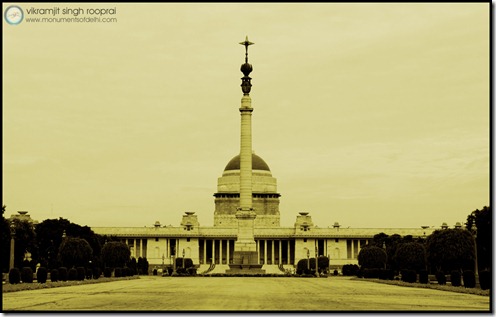 Every Saturday morning, people are allowed to witness a ceremony of the most secure place in India, the Rashtrapati Bhawan (residence of the President of India).

On the heights of Raisina Hill and between the colonial pillars of North Block and South Block, the President’s Body Guards (PBG), along with a unit of Army march out of the majestic gates of the presidential palace. Spectators are seated to witness the Ceremonial Changing of Guards, on the this side of RajPath. 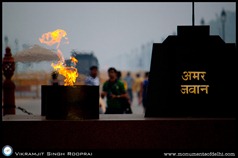 On the eastern end of RajPath, stands gigantic India Gate, the tomb of Unknown Soldiers of India, with ever-lit Amar Jawan Jyoti (Immortal Soldier’s flame). On the west end, is the seat of the President and Parliament of Republic of India. Army and President’s Body Guards (PBG) guard this place and rotate shifts every week. 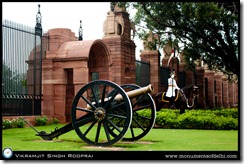 The Presidential Bodyguards, mounted on their horses come marching from outside the complex and enter through a gate near South Block. Initial ceremony is held inside the gates and only people with special permission are allowed to view it. Later, the entire parade marches out of Rashtrapati Bhawan and everyone is allowed to be seated on the chairs installed for the ceremony outside south block.

Ceremony starts with a salute and attendance is taken. Then both the

commanders inspect the new guards and the entire parade marches towards the Rashtrapati Bhawan for shift swap. The parade enters the gate and public is allowed to view the ceremony from outside (except for those with special permission). After another round of salutation and inspection, the guards are swapped.

The ceremony ends with the parade marching out on the tune of Sare Jahan se Achha!

NOTE: The timing for this parade keeps changing. Please check the below link before planning your visit. 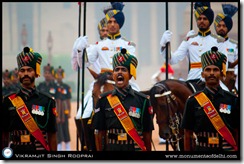 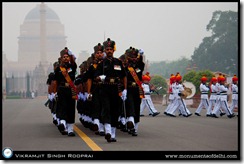 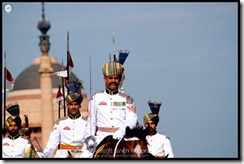 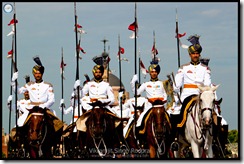 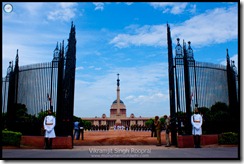 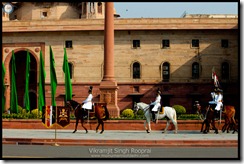 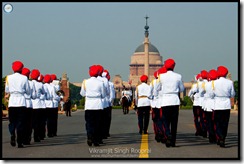